Hey there! Are you searching for the “Samsung Galaxy S22 Ultra price in Nepal“? Do you want to know every premium feature incorporated within it? Then, hold on. You are at the right content, in right place at the right time. Today we will be discussing all those queries you have about Samsung S22 Ultra. In this article, we will discuss the official “Samsung S22 Ultra price in Nepal” along with its specifications like display, storage, camera, processor and many more.

Well, the mobile market share has been growing more than ever. Amongst the various brands, Samsung has built its own image with a huge market share all over the world.

Before diving into the main context, for those friends who are less aware of Samsung company, here is a short description.

Samsung is a South-Korean multinational manufacturing company situated in Samsung Town, Seoul, South Korea. In 1938, it was founded by Lee Byung –Chul as a trading company. It was then in the 1960s, Samsung entered into electronics arena. Now, the company has diversified its manufacturing in various fields like insurance, food processing, retail, textiles and many more.

One of the Samsung affiliated called Samsung Electronics is the world’s largest information technology company and consumer electronics maker. The word Samsung in the Korean language means three stars. Three denotes big, numerous and powerful. The stars mean eternal. The affiliated companies of Samsung hold more than a fifth of total Korea’s export.

The official distributor of Samsung mobile phones in Nepal are IMS Group and HIM Electronics Pvt. Ltd.

Well, Samsung Galaxy S22 Ultra has been one of the best mobile phones of Samsung company. In fact, thousands of users have been tempted by it. The Samsung S22 Ultra price in Nepal varies according to its storage capacity. In Nepal, they are available with a storage capacity of 12GB RAM/256GB ROM and 12GB RAM/512GB ROM.

In this part, we will discuss Samsung Galaxy S22 Ultra’s overall display, body, storage, camera, sensors and many more.

The display type of Samsung Galaxy S22 Ultra is Dynamic AMOLED 2X with a refresh rate of 120Hz, a High Dynamic range of HDR10+, and 1750 nits as a peak brightness increased from 1500 nits of S21 Ultra. The presence of LTPO technology allows varying refresh rates within the range of 1Hz to 120Hz. This allows for effective and improved-looking of those resting images and also in always-on display mode. power consumption.

The size ranges to 6.8 inches, which is roughly 114.7 cm^2. The screen-to-body ratio is 90.2%. Similarly, it has a huge resolution of 1440×3088 pixels. Besides, it has the additional protection of Corning Gorilla  Glass Victus+. As mentioned above, Always-on Display is another cool feature of the Samsung S22 Ultra display which dims the lock screen but shows information like time, and widgets.

Galaxy Samsung S22 Ultra has main and selfie cameras. They are discrete in shapes without camera bumps, unlike the S21 ultra.

Selfie Camera: It has a single selfie camera which is 40MP with an aperture of f/2.2, 26mm (wide), and 0.7µm. It is designed with prime features like Dual video call, PDAF, Auto-HDR and realistic videos at [email protected]/60fps and [email protected]

Best out of all, the new feature “Nightography” sounds amazing. With it, one can click high-resolution photos with a low light performance which are vivid and beautiful without degrading their quality.

It comes with varied internal storage of 128GB/8GB RAM, 256GB/12GB RAM, 512GB/12GB RAM, and 1TB/12GB RAM. No microSDXC is used as a card slot. It has UFS 3.1 which is a flagship under storage avenue. To keep up with the growing demand for 5G, it provides terabytes of storage and an incredible write speed1200MB/s. This is said to be even faster than most of SSDs today.

Sound: It has stereo speakers with the stereo effect that allows 384KHz of sound tuned by AKG. It is better than the monotype in the sense that it sounds more detailed, realistic and dynamic.

Sensors: S22 ultra has amazing sensor features like Samsung DeX which stretches the mobile into a desktop commuting experience, and Samsung pay which allows making payments anywhere that supports debit or credit cards. In fact, it is safer as it uses special security like tokenization. Besides, Samsung Wireless DeX, Ultra Wideband support, and Bixby natural language dictation, ultrasonic under-display fingerprint, gyro, accelerometer, compass, barometer, proximity are integrated within it.

Positioning Features: It has GPS, GLONASS, GALILEO and BDS as positioning features.

S Pen has been the keystone of Samsung mobile phones. Since, the release of the Galaxy Note 8, the fanbase of the S pen hasn’t diminished. Samsung Galaxy Tab s8 series, Samsung Galaxy s21 ultra and now in Samsung Galaxy S22 Ultra, the legacy is still tempting.

It has a 0.7mm pen tip which is quite slim with a pressure level of 4096 pressure level while writing and sketching. It is placed on the left side of the button on the mobile. It is held firmly so there is less chance of getting out or slipping out accidentally. With the presence of built-in Bluetooth capacity, the pen can remote control your app. Just by clicking of S pen on the button side, you can click images, switch between cameras, and play or pause your music. Besides, with its help of it, you can smart select, translate, annotate pdfs,  and so on.

Finally, we are at the end of the article “Samsung Galaxy S22 Ultra price in Nepal”. We hope that we were able to answer all your queries. Not only, now it is quite easier to find out the official Samsung S22 Ultra price in Nepal but also its amazing features and specifications. If we missed out on any information, feel free to comment below in the comment box. Thank you so much for reaching out to KatiParcha.com to know about the official price of mobile phones in Nepal. 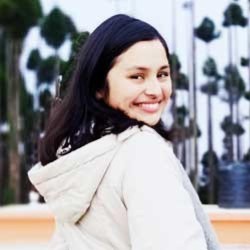 As an enthusiast in the digital world, I am interested in sharing information on cutting-edge technologies, including electronic products. It has been 2 years since I worked as a content writer in different niches.